The McKinney family, Brittany, Brooks, Cubby  and Charlie, North Carolina natives, found each other to form this loving eclectic crew. When visiting this family, you will be greeted by Brooks in his formal attire, a tie, with a bounding greeting alerting Brittany to your arrival. Charlie and Cubby take a little more scrutiny of the visitors but make friends easily. Such is the feline way!

Brittany grew up in North Carolina with Golden Retrievers. Her childhood pup, Rusty, was tragically abducted during a home robbery. It took years for her to move past this loss but during her senior year in college, she found Brooks, through the Trinidad Golden Retriever Foundation of North Carolina. After graduating, Brittany became a softball coach for North Carolina State. She would accompany her sister, Stephanie, during visits at the local shelter in search of a kitty and like many who visit with homeless animals, she and her sister both left with precious new kitties!  Stephanie named her kitty Charlie and Brittany named her new boy after a favorite local hot spot in Chicago, Cubby Bear’s Bar and Grill located across from Wrigley Field, a loved and frequented venue. (perhaps our July Pet Family, the Kessingers have heard of it!?) But after Charlie began spending more time with Brittany when Sister Stephanie started nursing school he became an permanent member of her family.

In 2015 Brittany was offered a position with Ole Miss as an analyst for the SEC network for softball. Softball had been her passion since she was young but she had a lifelong long dream of following her grandfathers footsteps and becoming a firefighter! While she continues to hold her position with the SEC, she is also a dedicated member of the City of Oxford Fire Department and a true hero in our estimation.

Brittany is a dedicated pet mom and we are blessed to spend time with her band of brothers while she maintains coverage of the firehouse during her over night shifts and we love pampering Brooks each month at the Spaw.  Electing this family as our August Pet Family of the Month is just our small way of saying thank you to Brittany and her much deserved crew of rescued babies. Thank you McKinney Family! 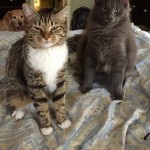 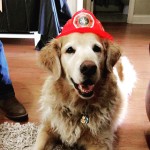 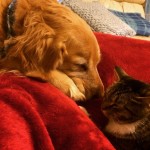 As the days are getting hotter and the nights even longer please join us in welcoming our pet family of the month: The Valle’s! Alicia and Mike were born in beautiful Costa Rica. Mike moved to the United States when he was 11 years old and attended … END_OF_DOCUMENT_TOKEN_TO_BE_REPLACED