In Mississippi, the summer heat seems endless this time of year.  Truly the “Dog Days of Summer”. But for the Van Cleave Family and their beach bum pups Petro and Harvey, August brings a toast to an unending summer of fun and time with Family. While Barrie and Clifton call Oxford Home, they spend much of their time closer to the water. Splitting time between Josephine, Alabama at their beach home spending time with family, and Summit Mississippi, on Lake Dixie Springs where Clifton’s petroleum distribution business is based. All three locales are just fine with their two furry companions Petro, 9 yr old Goldendoodle and Harvey, 12 yr old Jack Russell who never miss a visit to the Spaw when the family touches “Home Base” in Oxford each month.

Barrie and Clifton they have 4 children between them: Benjamin, Barrett, Beaty, and Pearson. Benjamin is married with 2 children of his own, Beaty and Barrett are pursuing their careers: Beaty in New York and Barrett in Woodville, MS and Pearson is busy finishing high school, and making plans for his college years. Barrie’s mother Barbara, (Bar Bar!) mostly keeps watch over their Oxford home but does travel with them frequently.

Clifton and Barrie first met at Ole Miss. She caught his eye and he asked her for a date! But she said “no”!!  Fatefully, 28 years later in 2010, their paths crossed again and this time she accepted his date offer, and then..proposal! They married July 7, 2013, at their beach home in Josephine, AL. Barrie is now officially retired from her career as an infectious disease specialist for Biotech Pharmaceuticals (which brought her to Oxford in 1996), but she is still actively involved with the family business and their B-kwik Shell, Chevron and Texaco stations.

Their lives are very full and Harvey and Petro are always by their side. Harvey has been with Barrie since 2010, when she adopted him from the Animal Shelter at 8 months old. They gave him the full name of Harvey Charles the Great because they thought he needed a fun, encouraging name. Barrie thinks he must have been deprived of food as a youngster as they discovered he was a “hoarder” shortly after joining the family. He had quite the stash going on under their antique bed. They found crackers, socks, clothes, empty food boxes, you name it, it was in his pile. It took about 3 months to convince him he would never go hungry again. Harvey enjoys the company of Bar Bar and she is his constant companion. Bar Bar and squirrel watching are amongst his favorite past-times. In 2012, Barrie’s sister Amy’s dog, a poodle named Nigel, sired a litter of Goldendoodle puppies and Barrie adopted the “runt” who now stands at a whopping 96 lbs!  They named him Petro, short for Petroleum, the family business. He has become their company’s mascot for their B-Kwik, Buffalo Services in McComb, MS.  Petro and Clifton took home the win in the annual pet-owner look-alike contest at Double Decker a few years back.  What a hoot!

Harvey is smart as a whip and the dominant personality of this duo. Petro, also quite cerebral, seems to make the conscious decision to allow Harvey to take the lead. Who’s really in charge here:) He is a gentle giant, with a big teddy bear soul, but a very protective brother.  At the beach, he will watch the young grandchildren, nieces and nephews while they are wading through the surf.  If he thinks they are getting out too far, he gets nervous and goes in and takes them by their swim trunks or bikini ruffles and brings them safely back to shore. The family thinks it’s hilarious!!! Both pups love the beach and the lake. They enjoy the Yolo boards, the big aqua lily float they play with in the water, and their frequent boat rides are a favorite affair.  They are both known to demolish a squeaky toy and devour their chewies.  Aahhh, the life of wonderful Dog Days of Summer!!!! They get to return to Oxford for a retreat, which the family has always loved: the people, the schools, the food, and of course the Spaw! It is a wonderful feeling for the family to see them furiously wagging their tails when they are dropped off for their monthly appointments. They are both such sweet wonderful creatures. Cheers to this family for a great summer! 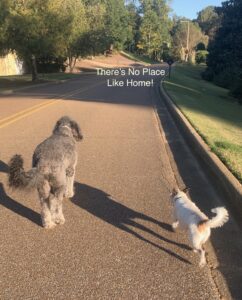 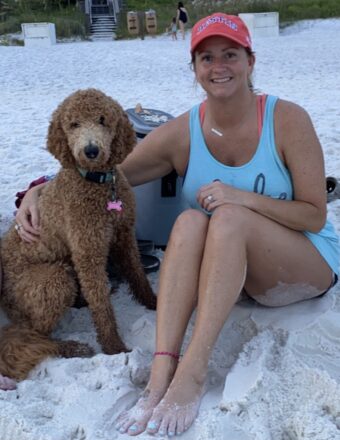 Melissa is from Greenwood, Mississippi, and moved to Big Creek when she was in 7th grade. Her dad was from Calhoun County and moved with the family after completing medical school.. She has always loved dogs and grew up with Shih Tzus, Rottweilers, … END_OF_DOCUMENT_TOKEN_TO_BE_REPLACED